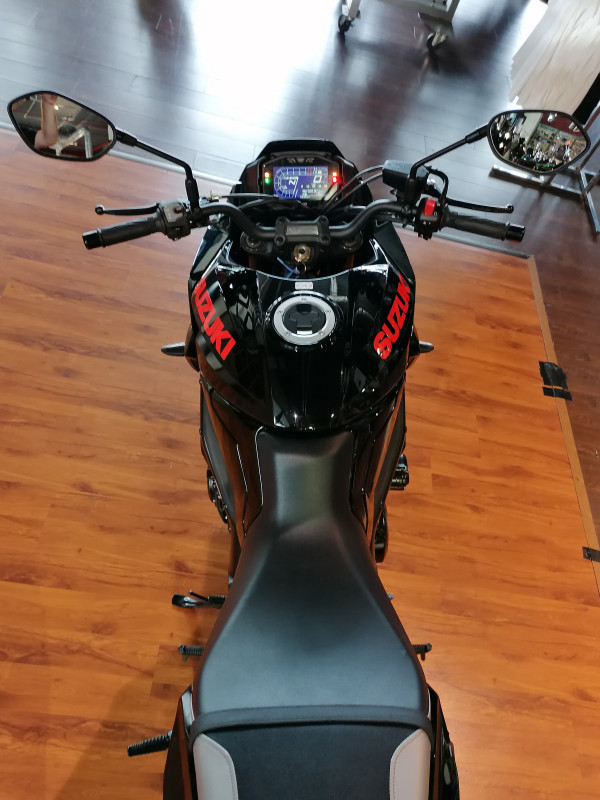 New bodywork is a modern take on the Hans Muth-designed 1982 GSXS1100 Katana and is striking in the flesh. Those old Kats are having something of a resurgence at the moment – restorations are rife and they prowl classic racing grids, tuned to the hilt, turning in incredible lap times. It’s fitting, then, that Suzuki should revive the Katana now with a mixture of old and new detail touches, from the aluminum front mudguard strut, which apes the original, to modern LED lights and a swingarm-mounted number plate hanger (a first for a Suzuki), which leaves the tail unit, my favorite feature, looking uncluttered and racy. Suzuki didn’t hang around building the Katana. They clocked the Italian-penned ‘Katana 3.0 Concept’ at the Milan international show in 2017 and loved it so much they produced their own and revealed it in Cologne a year later.